This by way of my dear nephew ... who oddly works for American Airlines ... in an article of odd historical photos is one which is supposed to be of black belt Osama bin Laden. I guess it's the guy on the right. 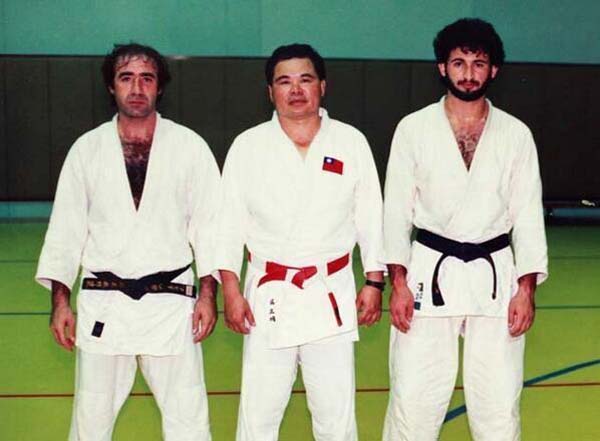 The writing on that judogi is not legible ... at least not by me. Nor do I know the other gentlemen. Google is far from silent on this matter ... anyone care to add?
_________________
Oh, East is East and West is West, and never the twain shall meet,
Till Earth and Sky stand presently at God's great Judgment Seat;
But there is neither East nor West, Border, nor Breed, nor Birth,
When two strong men stand face to face, though they come from the ends of the earth! 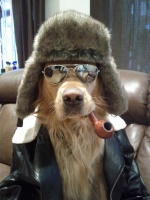 There was a thread on the old forum about this, I can't remember too much about it, I think it was found to be a university club maybe?
_________________
The only true wisdom is in knowing you know nothing.
Socrates
In the practice of tolerance, one's enemy is the best teacher.
Dalai Lama
Cichorei Kano

Articles appeared in The Telegraph 07 May 2011 and on Reuter's. Coach is a Taiwanese citizen by name of Wu 'Jimmy' Zhengming who at one time was coach for Saudi-Arabia (1981-1991).

"Bin Laden, who was killed by US special forces in a raid in Pakistan on Monday, attended judo lessons two to three times a week, but Wu never saw him again after 1984. Here call show the al-Qaeda leader voiced disapproval when Wu's wife walked into the judo training centre one day. "The tall one said, 'This is the centre, no women should be in here,'"said Mr Wu. "He did not approve. I have a particular memory of this. That was Osama." (...)

According to the China Post: "Among his many students in the Middle East, bin Laden was among the outstanding ones because he was able to earn his black belt for judo in a relatively short period of just three years after completing the required training courses and certifying tests, Wu said." (...)

"The world is a republic of mediocrities, and always was." (Thomas Carlyle)
"Nothing is as approved as mediocrity, the majority has established it and it fixes it fangs on whatever gets beyond it either way." (Blaise Pascal)
"Quand on essaie, c'est difficile. Quand on n'essaie pas, c'est impossible" (Guess Who ?)
"I am never wrong. Once I thought I was, and that was a mistake."
Sponsored content

» Kodokan news
» What are for different people the most important things they seek in judo ?
» Things competitors can learn from Nage-no-kata by Jim Webb
» Promoting your judo club
» USJA Facebook Page
Current date/time is Thu Sep 29, 2022 6:20 am