Do you have some good advice for a returning judoka?

Do you have some good advice for a returning judoka?

Hi everyone,
I'm just returning to judo after a four-year absence from the sport.
I practiced judo for just over two years prior to my absence and earned my orange belt before I had to leave. While awaiting the arrival of my orange belt on order I broke my left big toe and ended up in a cast for two months. While I had a cast on my foot I was offered a fantastic job opportunity. I was in university at the time and my part-time job was delivering pizzas so being offered a better paying job that would help me advance my career after university was something I had to accept. The drawback was that my new work schedule didn't allow for me to attend judo any more.

It's been four years since I left judo and I now have a full-time day job and have made the decision to start doing judo again. I've been at a new dojo in a new city for nearly a month, but I'm having some troubles readjusting. For starters, I used to know many techniques by name and could perform them with at least a little adequacy. I've made a list of throws I remember (with varying clarity) and the list is as such: ogoshi, ko uchi gari, uchi gari, de ashi harai, koshi guruma, seoi nage, morote seoi nage, tai otoshi, sumi gaeshi, osoto gari and tomoe nage. I remember learning select others such as hane goshi, hiza guruma, and ashi guruma towards the time that I injured my toe but feel utterly unable to execute them without failing horribly. Even worse than that terribly small list is that the only ne waza techniques I remember by name are juji gatame, ude garame, kata ha shime and okuri eri jime. I remember how to execute at least four hold downs during ne waza randori but I can't remember their names and can only hope I'm not doing them awfully every time.

The senseis at the new dojo have been supportive, but the problem that I'm having is that my muscle memory has deteriorated severely.  I've been told that my grips are usually sloppy, my kuzushis are often wrong and my footing is weak for throws I profess to remember. What bothers me more than that though are my wildly varying inconsistencies. During one randori at practice I executed what was hailed as a great tomoe nage on a heavier opponent and I left feeling fantastic. The next week while practicing randori with a shodan who's also just returning from a long absence I countered her weak morote seoi nage with a de ashi harai. Instead of falling gracefully and performing a ukemi when she was clearly going down she spun about wildly and appeared to land painfully on her elbow and head. She immediately got up and berated me saying "Could you tone down the strength? It's not doing you any good!". I apologized, I still feel bad about it, but I also think she should have done a proper ukemi when falling. Maybe I threw her so poorly that she didn't have a chance to fall properly and I'm just a clumsy oaf, but either way one week held a great randori and the next ended badly.

My senseis aren't rude when pointing all my obvious weaknesses out, and I sincerely appreciate all the help and one-on-one instruction I've been given by them and by higher ranking judokas than myself. However, in the first month my experience has left me with the embarrassing thought of turning my orange belt in for a yellow or white one since I've officially held the rank of orange belt for two months(one of the months was four years ago) and my skills have obviously deteriorated. Do you have any advice that can help me to get back to where I was before I left judo? I welcome you to share your own experience of leaving the sport and coming back after a long absence as well. Thanks,

Welcome back to Judo with all it's attendant frustrations.

1.) You quit as an orange belt with 2 years experience. I suspect you remember your judo to be a bit better than it really was. Happens to all of us...

2.) Anyone coming back from a long layoff is going to be rusty and out of practice...the less experienced and skilled your were when you quit the harder time you will have coming back.

So, my advice is to keep practicing. Forget about handing in your orange belt for lower rank. Follow the guidance of your current teachers and keep practicing. With proper training you will get back to where you were eventually, and hopefully get better and better as you train longer.

+1 to what Ben said.  Orange belt is a beginner rank, you are having beginner troubles, no worries, things will improve with practice. You might remember the names of dozen throws you've been shown but I really doubt you had a handle on any of them at that stage, much less all of them.

My only concern is your reaction to the comment about over-use of strength.  This is a common problem with beginners, so instead of making excuses, honestly try to fix the problem.  This would go for any criticism you take from your instructors.
darkmatter

Ben and Neil,
Thank you both for your advice. I think you're right that I remember my judo being better than it was in reality and that time has left me with an idealized memory of my younger self. I'll try to stop worrying so much about techniques I think I remember and focus on taking instructions as I receive them. Also, I can see the merit in accepting the criticism of a shodan, no matter how harshly I perceived it to come across. I'll reflect on how I could have countered more effectively without using as much strength and without risking injury to fellow judoka.
Darkmatter
tafftaz

Hey there are many shodans who will try to turn out of a throw instead of taking ukemi.
The returning shodans technique is probably also piss poor after returning from a lay off.
Being shodan does not mean they are great, hell being sandan does not make my judo great. I still struggle with tai otoshi and osoto gari. Drives me nuts.
Beginners cannot help using strength. They just do not know any different and it takes a long while to get out of the habit.

Give it time, it will get better.
jkw

Welcome back to training!

darkmatter wrote:During one randori at practice I executed what was hailed as a great tomoe nage on a heavier opponent and I left feeling fantastic.

Others may disagree, but I suggest you hold off trying sutemi-waza in randori for some time. Concentrate on basics, such as basic gripping, moving, and o-goshi or seoi-nage.

Particularly if your partner is smaller than you and also recently returned to training, I would focus on using body movement to avoid throws or - better yet - practice ukemi as much as possible in randori. Remember randori is good for practicing throwing and also for practicing being thrown.

If you are frustrated with your progress, try making good ukemi a focus of your randori. You can judge your 'success' in randori by how well you took throws and how good the quality of your movement was, rather than thinking how many times you threw someone.
Gus

1. Enjoy your Judo, failures and all.
JudoSensei 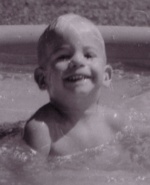 darkmatter wrote:Ben and Neil,
Thank you both for your advice. I think you're right that I remember my judo being better than it was in reality and that time has left me with an idealized memory of my younger self. I'll try to stop worrying so much about techniques I think I remember and focus on taking instructions as I receive them. Also, I can see the merit in accepting the criticism of a shodan, no matter how harshly I perceived it to come across. I'll reflect on how I could have countered more effectively without using as much strength and without risking injury to fellow judoka.
Darkmatter

This sounds like a good plan. Forget about your orange belt, your previous experience, and your ego.

Of course, you do not go backwards in rank even if your skills deteriorate from lack of practice, but it won't take long to start feeling good about your techniques. Judo is a constant interplay between the bad weeks and the good weeks, with generally more bad weeks when you are a relative beginner.

No one succeeds in judo without carefully analyzing each practice as you are doing, but don't get discouraged with each setback. Judo builds determination, and maintaining a long term approach to training is just as important as thinking about how to improve next week.
GregW

I came back to judo after being off the mat for 36 years. When I bowed off the mat for the last time when I was 15, I didn't expect that I would be 51 before I bowed back on. Give it time. It'll come back. Just enjoy the judo every practice. It's normal to feel the loss of technique. Shoot, I had to take two months off a couple of years ago because of a family move and a career change. After two months off the mat, my timing was seriously off and my conditioning was way less. It came back after a couple months of practice. Don't be so hard on yourself. Studying judo is a lifelong pursuit. No need to rush it.
Jonesy

"The world is a republic of mediocrities, and always was." (Thomas Carlyle)
"Nothing is as approved as mediocrity, the majority has established it and it fixes it fangs on whatever gets beyond it either way." (Blaise Pascal)
"Quand on essaie, c'est difficile. Quand on n'essaie pas, c'est impossible" (Guess Who ?)
"I am never wrong. Once I thought I was, and that was a mistake."
darkmatter

... In all seriousness your point is well taken and I've made an edit. My terminology is as rusty as my technique! On my first day back I couldn't remember what Uke and Tori meant and I had to ask the teenager standing beside me! *facepalm*.
Sponsored content