One of the most contentious situations I have encountered in my Judo newaza is when an opponent claims I have crushed their chin during my attempt - sometimes successfully, sometimes not - to apply a strangle.  Clearly hands or wrists across any part of the face is against the contest rules of Judo but  I can't find a 'clear-cut' ruling on what constitutes strangling across the chin or not.  Some opponents simply tuck in their chin and then claim that any attempt to strangle has compromised their chin.

Clearly in competition it is the referee's judgement that counts, so I don't have a problem with that.  Incidentally I have never been warned or penalized by a referee in shai for strangling across the chin, so I don't think my judgement is faulty as to what constitutes a legitimate strangle.

What are other members thoughts about this?  When is it legitimate to claim a strangle has compromised the chin? When is your opponent being a wimp?  Have others had this problem in randori?
Fritz

In contest the referee normally stops and restarts, if there is the a "strangle" over the chin.

In randori sometimes "aite" complains because he is strangled over the chin, in this case
usually i say: You need only to take our chin up, then the choke can be applied correctly at
the throat...

Its in the most cases the own decision, to tuck in the chin, if i do this and i am not able to
deal with the consequences, then maybe it was the wrong defense strategy ;-)

If someone taps to a choke that is crushing the chin, then maybe it wasn't a technically perfect choke, but it was effective in illiciting the tap. It's like earning an ippon with a throw that is all brute strength & little technique.

I hate having to tap to a choke because it's cutting my lip or breaking my jaw, however it's my own damn fault for not being able to escape from the position and for getting myself in there in the first place. Of course it doesn't stop me from pointing out to my training partners that the choke wasn't really on, partly as a way to help give them feedback on their technique, but also to salve my bruised ego.

As long as the action of the choke is legal, that you are obviously not trying to rip someone's head off and you are making every attempt to apply the choke appropriatly I think it's a good choke. The opponant made the choice to tuck their chin in & hope for matte or for you to give up on the choke, when they should have been moving to escape.
Ben Reinhardt

I'm not sure what the official line (refereeing-wise) is on this now. It used to be that if you tucked you put yourself into a bad situation like that, it was tough luck, it's your fault. Not sure where the line is now.
Vin 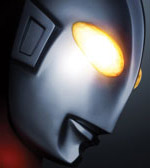 Tucking the chin in is a good defense in a contest situation. As soon as the referee sees Tori's hand is over the chin and not the neck. Matte is called.
Sponsored content

» self defense for judoka
» The Perfect Self-defense
» Vintage Self-Defense Maneuvers
» Defense soap and wipes, anybody use them?
» Judo Throws for Self Defense
Current date/time is Thu Dec 01, 2022 3:32 pm