Can anyone knowledgeable explain the purpose of this kata? I found something about it on Wikipedia stating that it was believed to be unfinished and that there are five forms demonstrated. Can anyone explain what principles are being rehearsed in it? 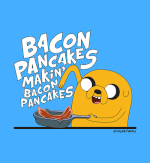 GregW wrote:Can anyone knowledgeable explain the purpose of this kata? I found something about it on Wikipedia stating that it was believed to be unfinished and that there are five forms demonstrated. Can anyone explain what principles are being rehearsed in it?

I'll bite, and at least provide some very basic information. Others more qualified should correct me if what I'm writing is horribly wrong

The itsutsu-no-kata and the koshiki-no-kata are commonly referred to as the ri-no-kata.
This term ri (理) is in neo-Confucian terms the underlying principles that govern all of Cosmos and all therein. According to one influential neo-Confucianist named Zhu Xi (朱熹), ri in itself was pure and close to perfect, and thus studying and trying to live according to the ri would be to come closer to the dao (lit. 'way') of Heaven.

The itsutsu-no-kata was originally the 6th and final of the Kodokan kata, and came into judo from the tenjin shin'yô-ryû that Kano learned before moving on to kitô-ryû. It is not purely a creation of TJSYR however, the first two techniques came originally from yôshin-ryû and kitô-ryû (I might have mixed this up, I'm writing mostly from memory). In TJSYR it was considered one of the final oral teachings, thus highly advanced.

Anyways, there are several theories concerning the itsutsu-no-kata. One is that TJSYR was drawing on influences from Chinese 五行 (wu xing) five phase theory when creating the itsutsu. I can't be bothered to write a complete explanation about this theory here (nor would I have the space), but one of the ideas is that all matter and its interactions consists of five phases or elements; wood (木 mù), fire (火 huǒ), earth (土 tǔ), metal (金 jīn), and water (水 shuǐ). If we apply this to the itsutsu, technique 1 goes with earth, 2 with fire, 3 with wood (though I would think "wind" to be more fitting), 4 with water, and finally 5 to metal (this combination makes more sense if you consider that metal in traditional Chinese thought is considered (amongst other things) "contracting; pulling").

As for the "unfinished" part; there are two hints. One is that the techniques in the itsutsu are without names, and are simply called by "number 1", "number 2" etc (they do have names in TJSYR though). The other is that IIRC Kano shihan left in his notes ideas about two additional techniques that he wanted to implement in the kata...

GregW wrote:Can anyone knowledgeable explain the purpose of this kata? I found something about it on Wikipedia stating that it was believed to be unfinished and that there are five forms demonstrated. Can anyone explain what principles are being rehearsed in it?

If you take a look at the "Itsutsu no kata by Shiro Yamamoto" thread just below this thread you will be able to find a very basic description of the 5 techniques that I wrote some years ago. These will give you some idea of what the principles are and just how difficult they are to perform..

Kind regards to you and yours,

Thanks very much for those explanations!
GregW

Just as an addendum to this thread, at the recent "World's Greatest Judo Camp" in North Carolina, I had the opportunity to learn this kata. The instructors, Jeff Giunta and Heiko Rommelmann, were very good at explaining the five elements and the details about each of them. I'm looking forward to practicing it frequently. This thread is the one that started my interest in it and it was rewarding to be able to start on the path of perfecting it.
NittyRanks

Jeff and Heiko are great. I see them all the time at tournaments in the upstate NY area. They compete in Kata regularly and are knowledgeable. Great guys!
Sponsored content