You are not connected. Please login or register
4 posters

I found in the czech National Museum some documents from Jigoro Kano. There are letter to czech IOC member Mr. Jiri Guth Jarkovsky and his content is about Olympic Games 1940 in Tokio (letter is from 10. January 1935 and it is in English). Some next two documents are wishes to New Year.

Here is a link to zip file to all documents:
http://www.kitayama-junyu.info/doc/jkrew/out.zip
NBK

A very nice, find, thank you for posting.

noboru wrote:I found in the czech National Museum some documents from Jigoro Kano. There are letter to czech IOC member Mr. Jiri Guth Jarkovsky and his content is about Olympic Games 1940 in Tokio (letter is from 10. January 1935 and it is in English). Some next two documents are wishes to New Year.

Here is a link to zip file to all documents:
http://www.kitayama-junyu.info/doc/jkrew/out.zip

Thanks. This is yet another document that suggests that Kanô might not at all have been in good health and that his death in May 1938 may not at all be as sudden and unexpected as the Kôdôkan phraseology regarding his death purports:

"The world is a republic of mediocrities, and always was." (Thomas Carlyle)
"Nothing is as approved as mediocrity, the majority has established it and it fixes it fangs on whatever gets beyond it either way." (Blaise Pascal)
"Quand on essaie, c'est difficile. Quand on n'essaie pas, c'est impossible" (Guess Who ?)
"I am never wrong. Once I thought I was, and that was a mistake."
noboru

Copy of a letter that Moshé Feldenkrais received from Jigorō Kanō. 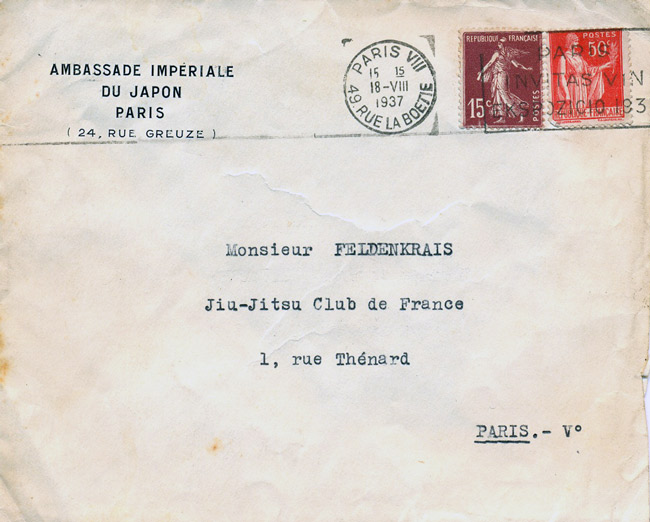 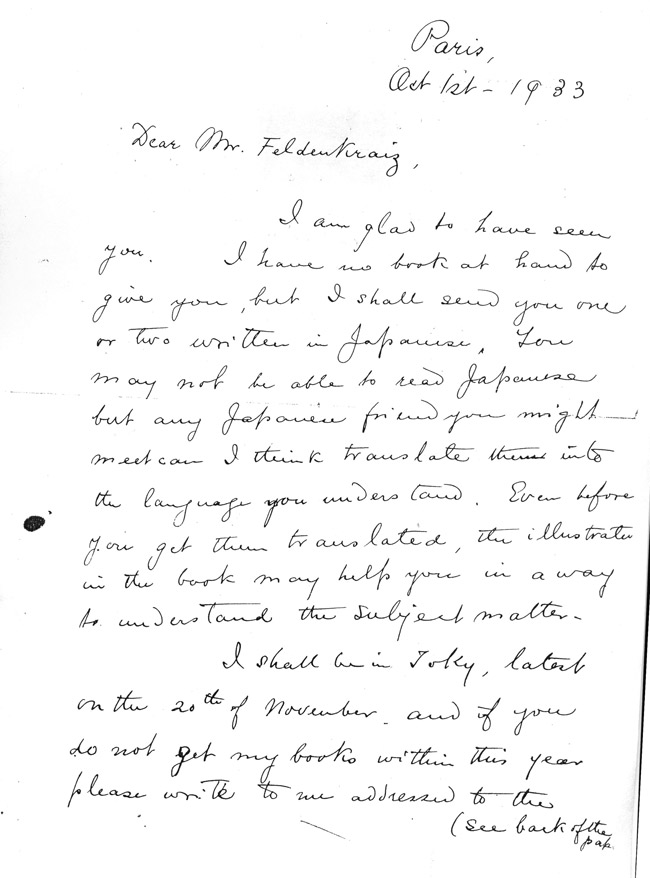 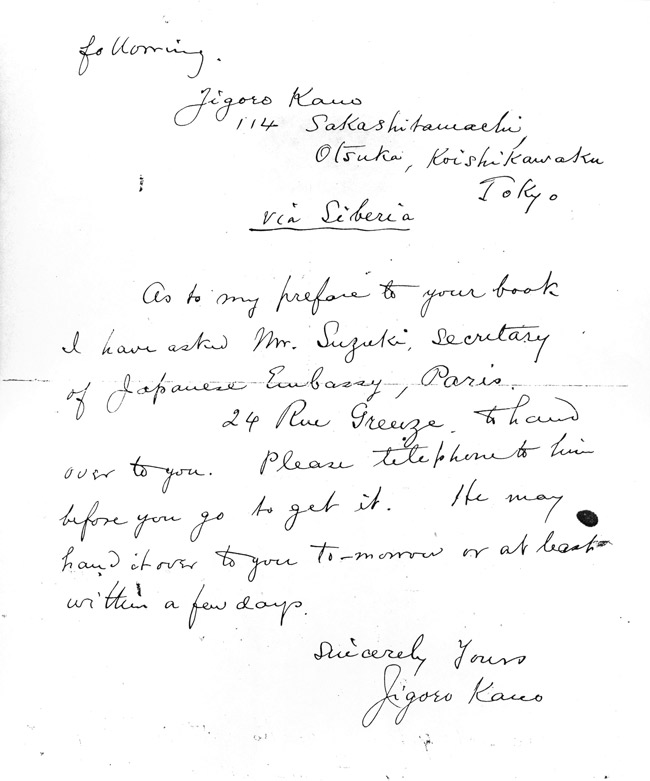 I forgot about it. It was a nice experience and that's that. Two days later, there's a phone call from the Japanese Embassy telling me that Kano left a letter for me and that the Japanese ambassador would like to see me. I thought, oh, I haven't got time to waste one evening after the other with such business. I saw what I saw and let's be finished with it. But I couldn't dare not to answer, so I phoned. He talked very friendly to me, as if we knew each other ever since, and told me, “Look, Professor Kano has left for London, but will be back tomorrow and he asked me to invite you for lunch because he wants to talk to you.

Baron de Coubertin,
Dear Sir,
Your letter of June 15th has been duely received. I had already been informed by the French
Ambassador Mons. Gérard that the Comité International Olympique has requested H. E. to
nominate a gentleman of Japan interested in the work and object of the above society, as a
member for Japan, and it is with genuine pleasure that I received your communication of my
having been unanimously elected a member at the meeting of your committee held in Berlin May
last.
As to the possibility of my been present at the next meeting to be held next year in Budapest, I
cannot say anything definitely about it at present, but I will try to attend the meeting of the Vth
Olympiad in 1912 at Stockholm, if circumstances allow me to do so.
The "Revue Olympique" as well as your recently published book "Une Campagne de vingt-et-un
ans" I have duly received for which publications please to accept my most cordial thanks.
I have also forwarded my annual subscription ( 25 francs) to the Treasurer, Baron Godefroid de
Blonay.
Thanking you once more for your cordial letter, I remain, my dear sir and colleague,
Yours sincerely,
Jigoro Kano
NBK

The letter to Coubertain is on Tokyo Higher Normal School letterhead, but the note to Feldenkrais apparently gives the specific old Kodokan address,which I don't recall seeing before.  The historic locations include 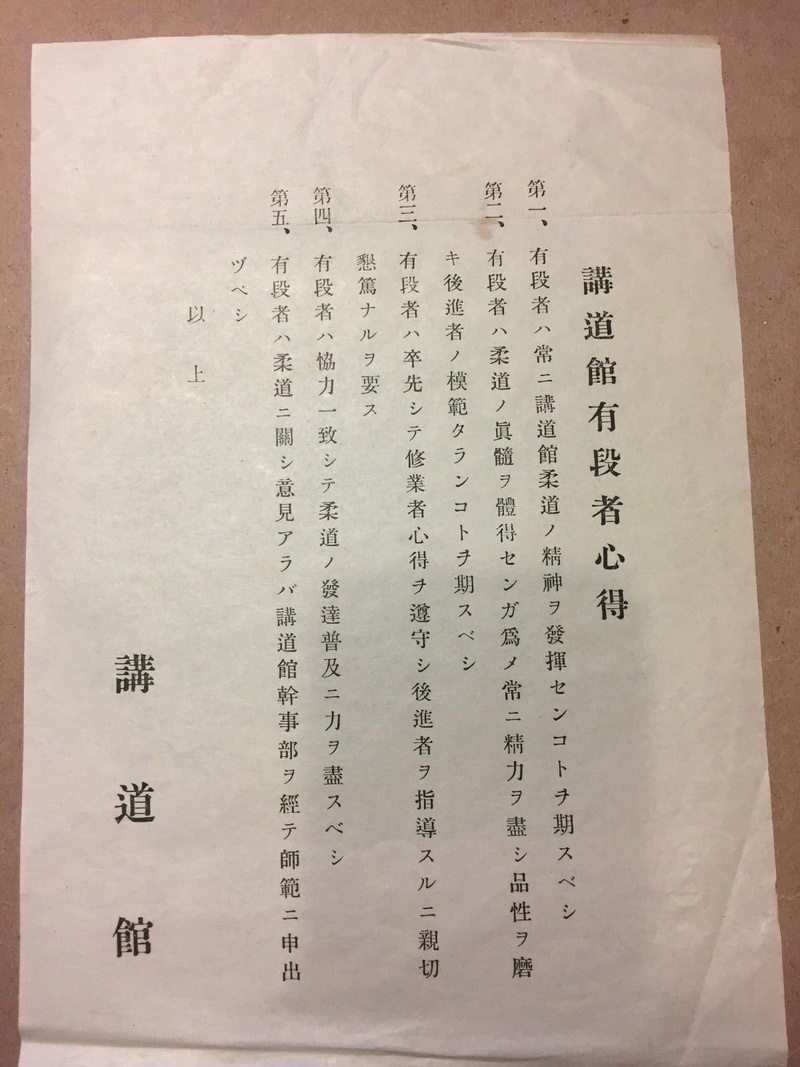 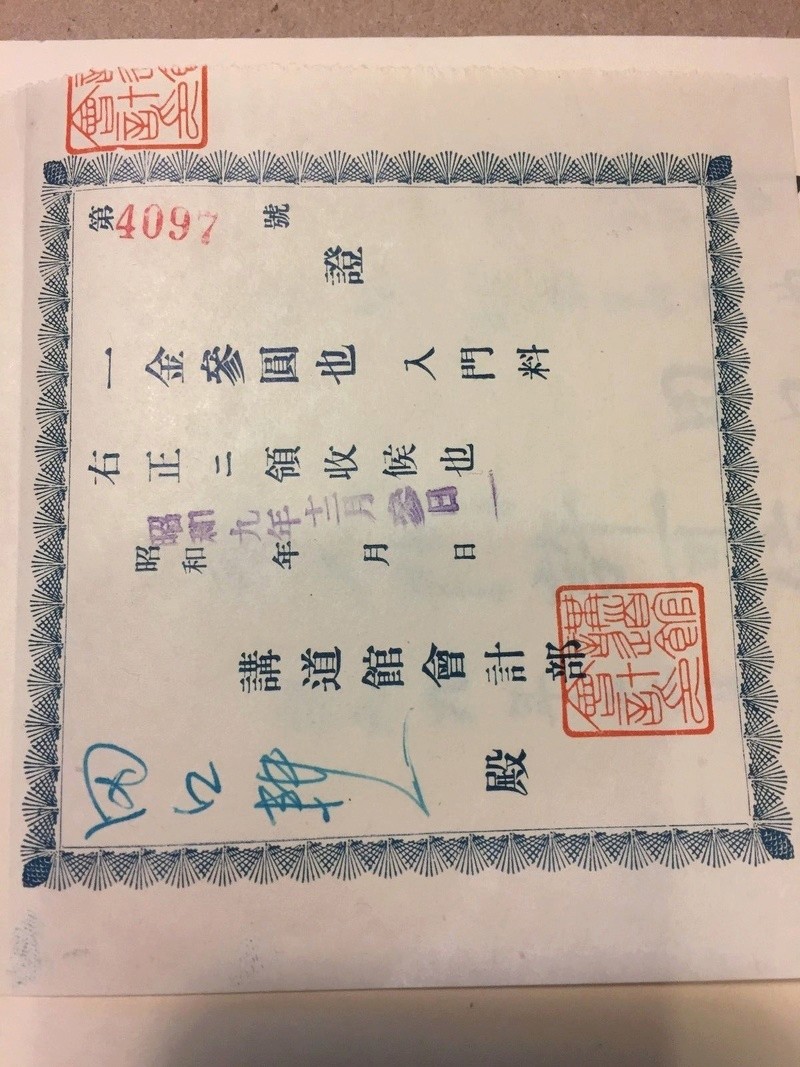 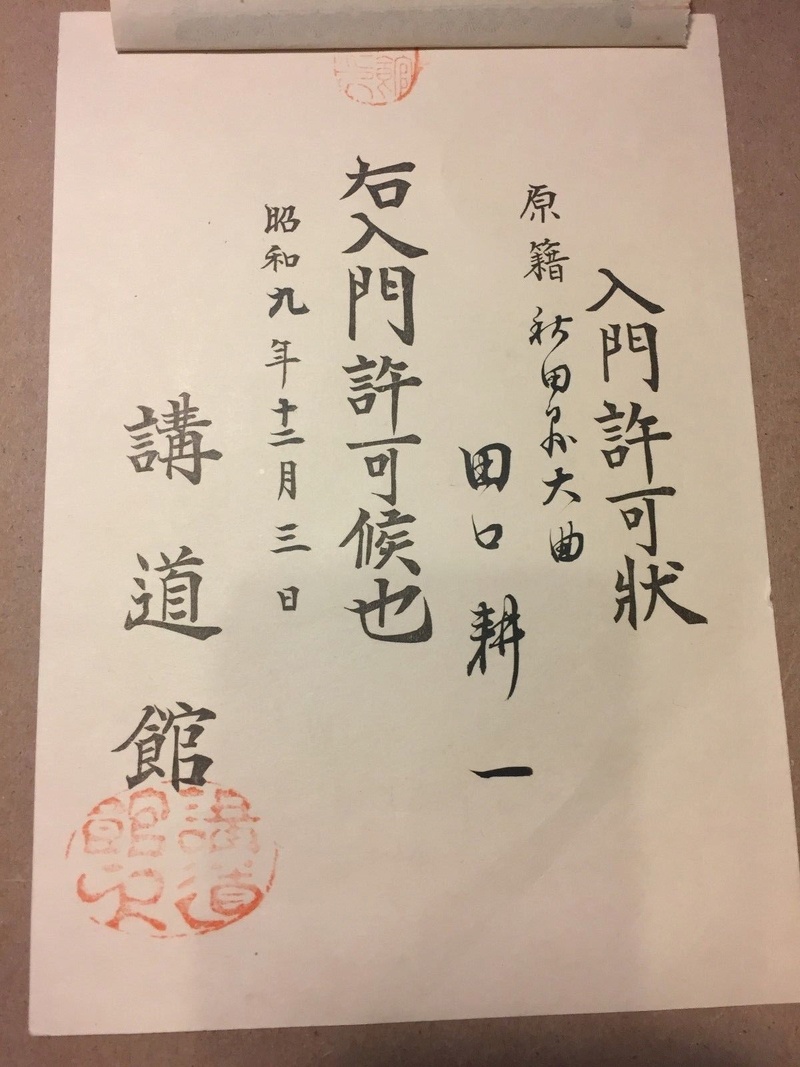 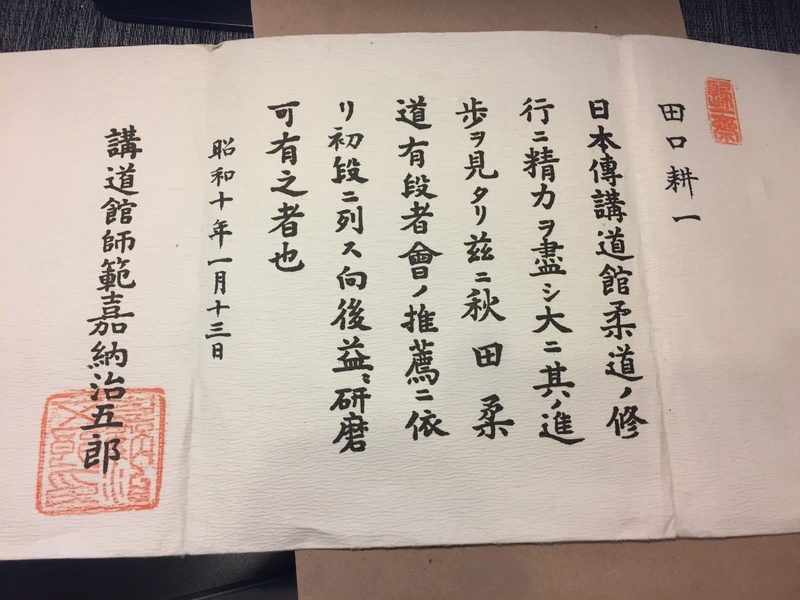