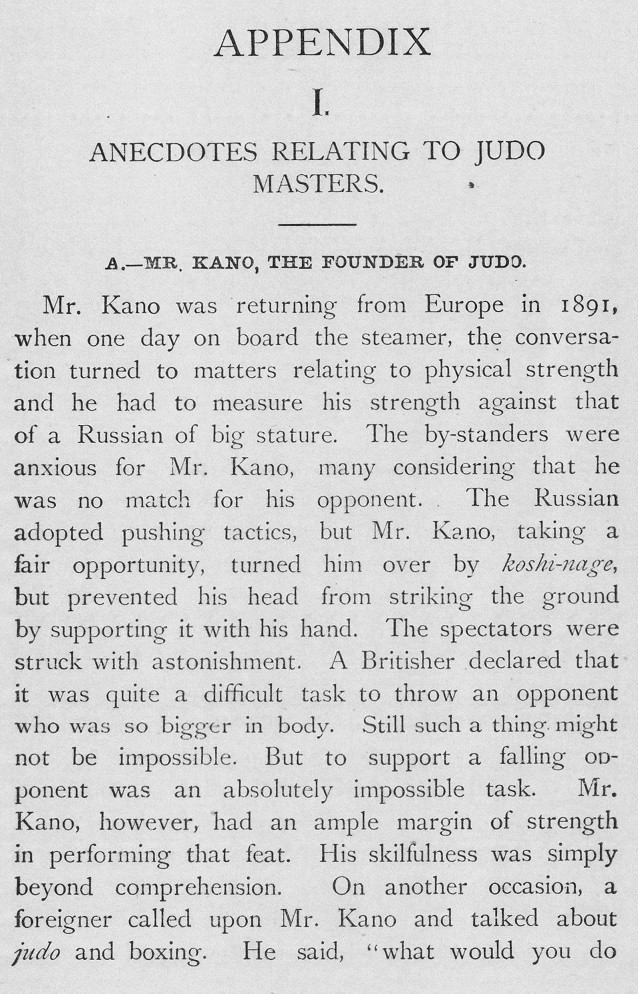 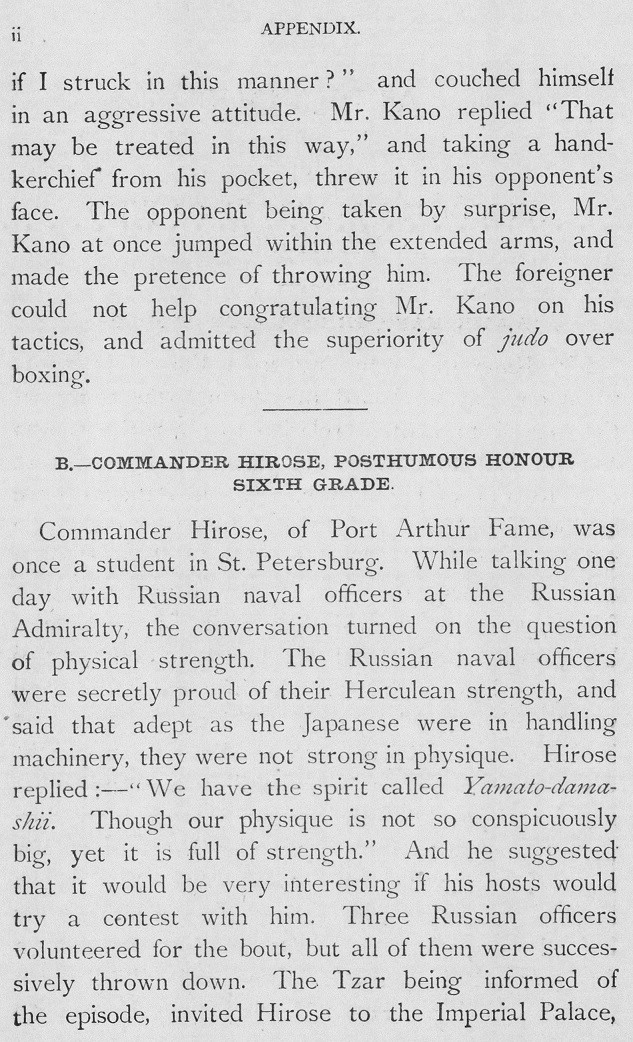 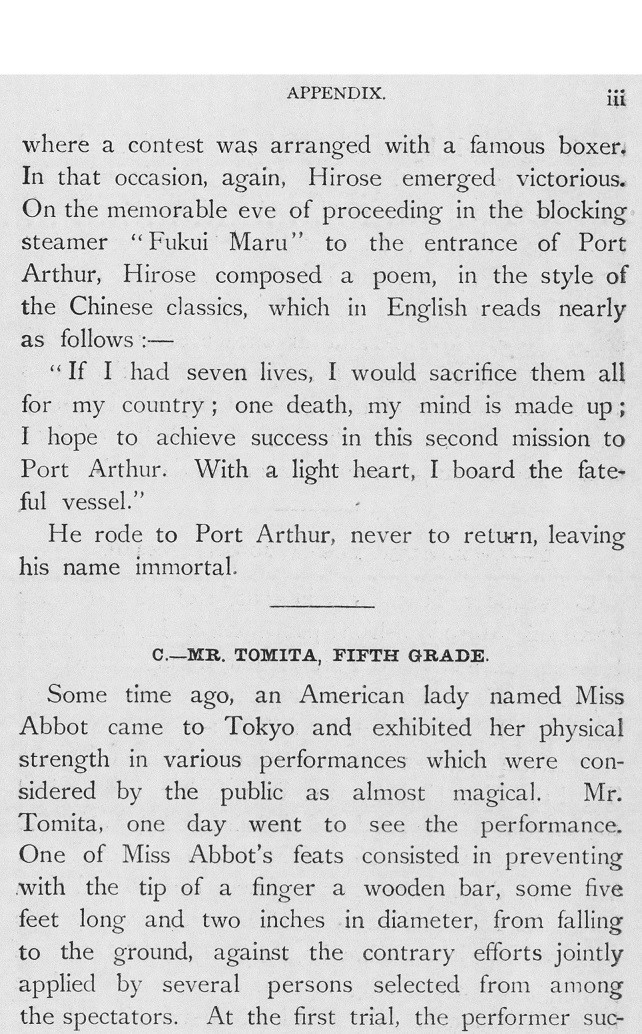 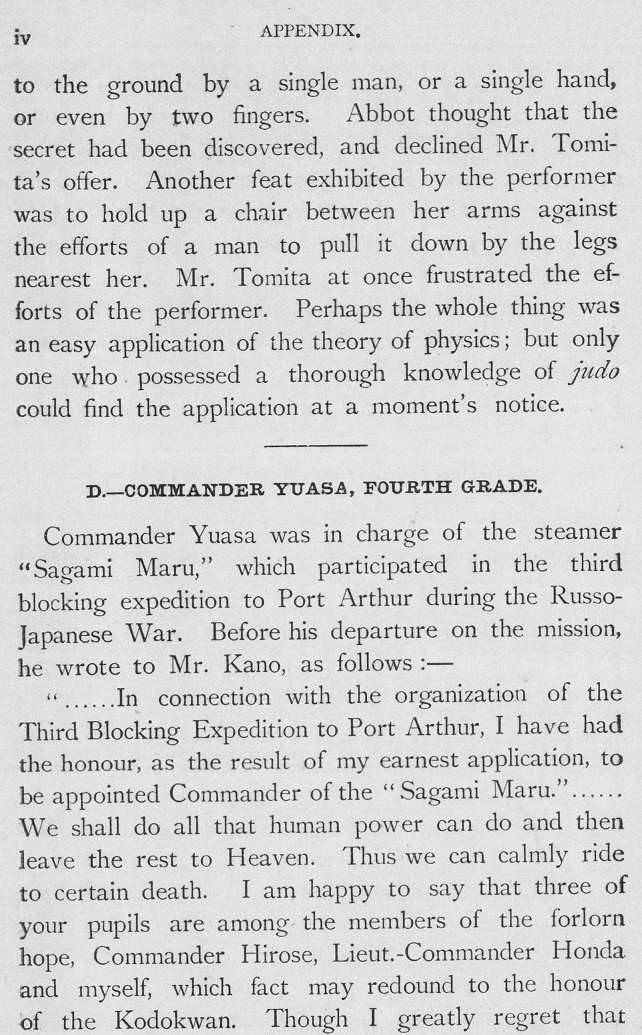 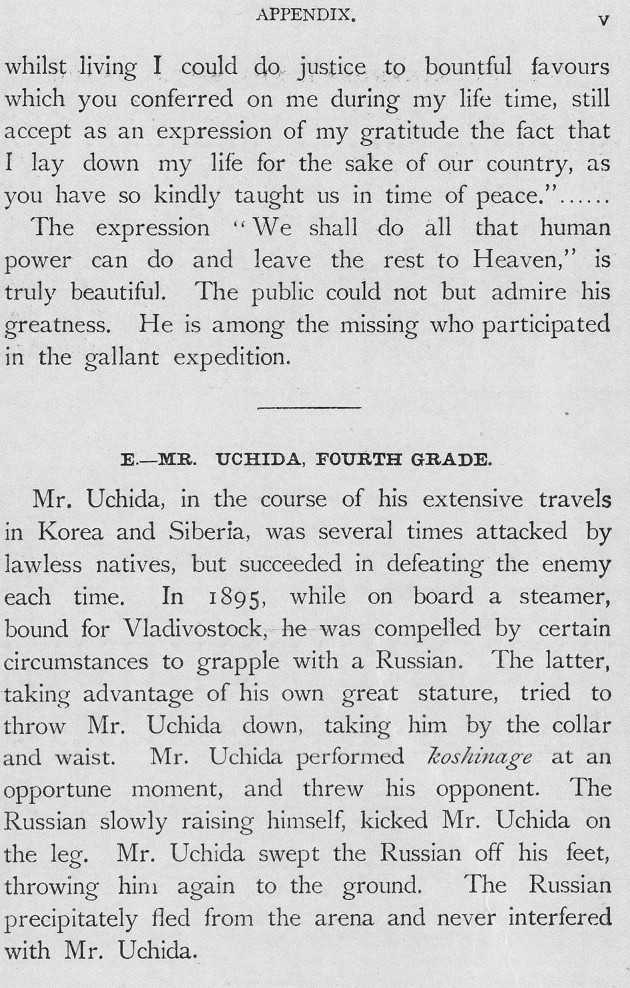 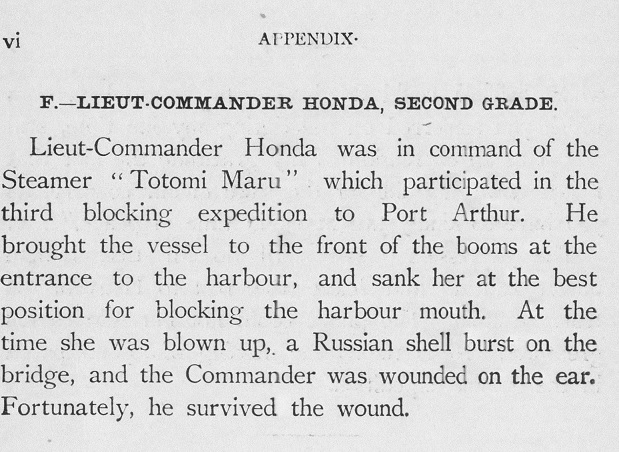 Re: Anecdotes about judo masters from Arima Sumimoto's book (1905)

Commanders Hirose and Yuasa were both Kano favorites, killed in action in the blockade of Port Arthur during the Russo Japanese War. Posthumously promoted in military and Kodokan judo rank.

Honda later went on to become an admiral, then, after retirement, worked in the Kodokan.

Admiral Togo's calligraphy from this book 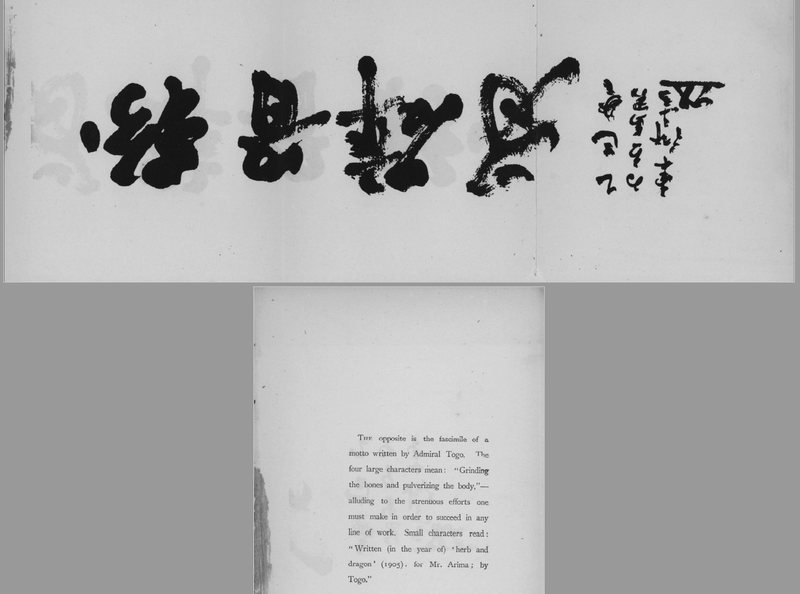 "Grinding the bones and pulverizing the body". alluding to the strenuous efforts one must make in order to succeed in any line of work
Sponsored content

Re: Anecdotes about judo masters from Arima Sumimoto's book (1905)