Picture taken at Meiji Gakuin judo dojo. On the front row, centre, is the astronaut John Glenn sitting next to Judo master Kazuo Ito. The rest of the group are Wadokai and judo club members. Amongst the Wadokai members are Otsuka Hironori (next to Ito) Suzuki sensei (front, second left) Tanabe, Arakawa sensei ( back 4th & 5th from left) and Iwasaki (back row 3rd from right). Picture date 1963. 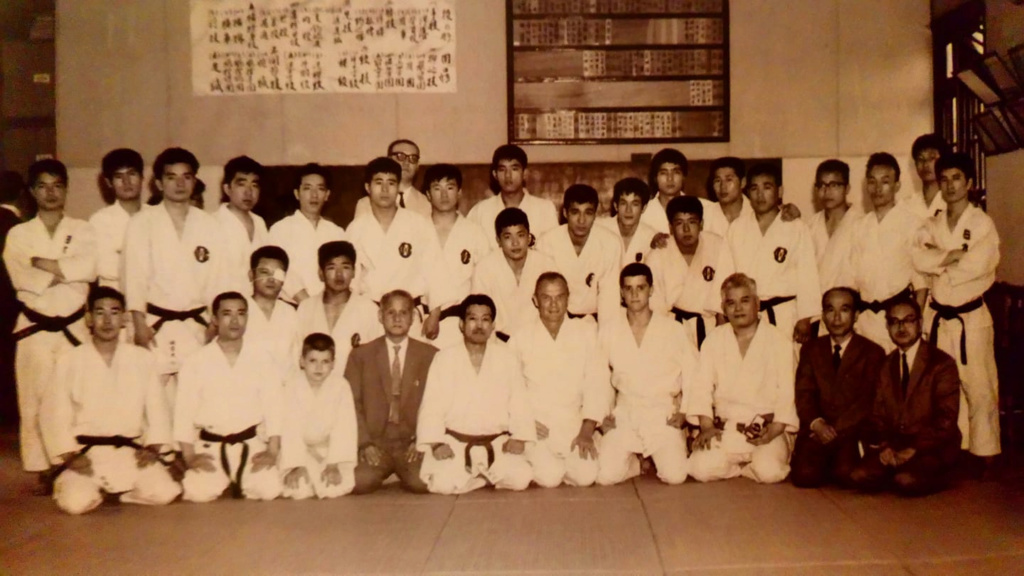 the tall gent in a suit with glasses on the back row peaking through is Mr. Givens, a senior US Embassy diplomat who loved judo. He convinced the US Ambassador in 1957 to allow Sato sensei to establish a dojo inside the Embassy, in the basement. As far as I know that was a world's first, and has never been done again.

His son Steve, to John Glenn's left, also studied at the Embassy Dojo. As did his son, three generations in Tokyo.

Mr. Givens will soon have his 90th birthday and is still a judo fan!!