Ronda Rousey: UFC is 'more pure' than the Olympics

Ronda Rousey: UFC is 'more pure' than the Olympics

from my point of view I can sort of see where she's coming from - but I guess Kano wasn't really concerned about what car you were driving - however I can see how sickening it would be to see 11 officials being put up in nice hotels all expenses paid when only two of the actual athletes were fully funded - however this is an argument for tidying up the olympics not MMA being the most ethical sport on the planet - but it does look more honest .....: 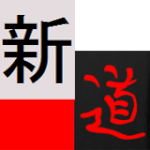 My perception of the United States in general is that they (the federal government) do not take care of their athletes directly. It could be a free-market thing, but they leave it up to individual sports commissions, ticket sales, private donations, and endorsements to provide for them. In smaller countries and even bigger countries like France (I think?), the federal government plays more of a direct role in funding the growth of its judo players. Judo in general has less infrastructure available to collect money on behalf of individuals, which is why a lot of American Judoka set up personal pages with PayPal donation buttons. I recall reading an article about raising an Olympian and the numbers are insane. In sports like swimming, however, there exist private scholarships to offset the cost significantly, especially if you join a good varsity program at a big University.

I have no comment on the judges/referee's cushy life style, since they ultimately are concerned with nothing other than watching judo and waving flags.

In terms of MMA, Ronda can't really speak for the benefits in the holistic sense since she hasn't been doing it that long, nor has she been at a low point in her career where she actually depended on the structure of an MMA organization to support her more basic needs (health insurance, for one). Ultimately all of these sports and sport iterations of judo are performance based and, perhaps, she would have been better off financially with a gold in Beijing. Not because of the menial extra amount given for each gold- rather, it would have opened up the door for endorsements for more or less the same reason that she got them in MMA. American media likes attractive people, winners, and rags-to-riches stories in that order.

I was talking to a guy that was an Olympic hopeful for the U.S. He said part of the reason he didn't qualify for the London games is because he couldn't afford to travel to some tournaments, etc... which stinks. I'm not familiar with all the details, but I've heard from other coaches that a lot of politics are involved in U.S. Judo, mainly if your competing at a high level. I think I'm bothered by the fact that U.S. officials are treated like royalty, and the players are left to fend for themselves. I think a lot of people in the U.S. assume that Olympic athletes are somehow "taken care of", when in reality, most are living in poverty, trying to reach their dreams of participating in the Olympics. I'm curious how things are done in other countries for elite level players. What kind of financial burden do the Judo players have- or the families.
Sponsored content