Teaching of katsu kappo and kiai

From IFJ referee rules 2014
"Culturally and in complement, judo doesn’t reduce itself to its Olympic
expression, judo remains a martial art, judo is more than a sport, all
techniques of the Gokyo are part of the judo heritage and must always be
taught.
It is the same for the” kuatsu “, techniques of resuscitations and articular
mobilizations practiced about forty years ago by the judo teachers and the
referees which are on our days forbidden in some countries. Their practice is
not allowed but their knowledge is part of the judo heritage and in no case
must be forgotten.
The referees are the guards of the physical, cultural and philosophical
expression of Judo.
Judo must be understood to be apprecciated."
Zdroj: http://www.intjudo.eu/upload/2014_11/22/141664994165105156/ref_rules.pdf
NBK

noboru wrote:
Picture from japanese seminar for judo judges (Judo federation of Tochigi prefecture - 06.10.2012). Some kind of Katsu is teaching. 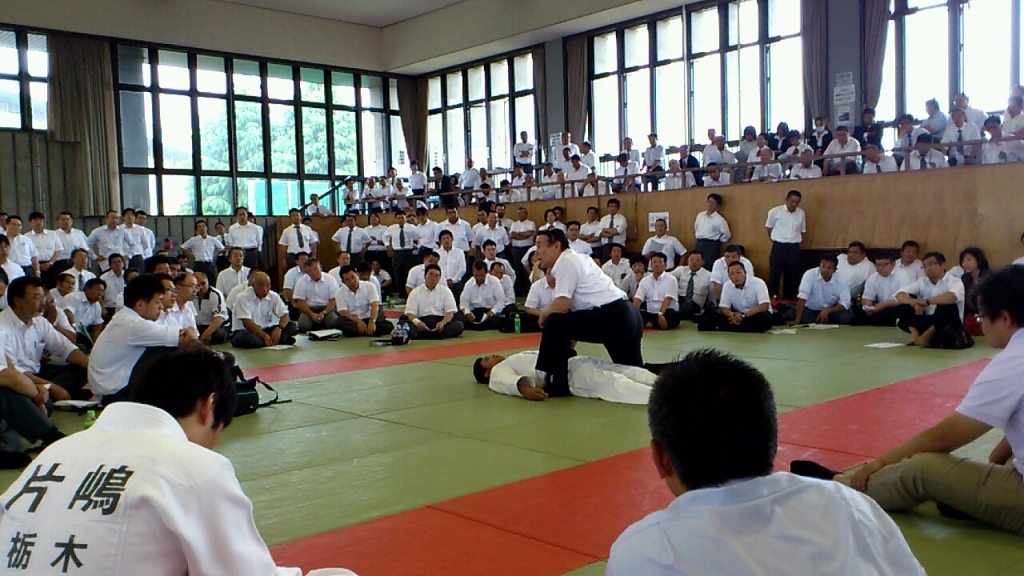 This very interesting thread, among many other contributions, was started last year by Fogeron Judo.

I hope it was as interesting to him as it has been to me.

Let it be a reminder that hidden knowledge tends to go away all too easily. The kappa techniques described herein are an example, among many others. If they're not passed on, and practiced among more than a handful of people, the odds are that some day they will disappear.

There was an interesting lecture about kappo at the Kodokan summer-course "kata" given by a professor of Meiji-university. He reported about intensive research and explained a lot about different methods.
BillC

wdax wrote:There was an interesting lecture about kappo at the Kodokan summer-course "kata" given by a professor of Meiji-university. He reported about intensive research and explained a lot about different methods.

It was indeed interesting, I would like to get my hands on the chart showing the combbinations of restictions on two arteries, the airway, and the resulting effect on the patient/victim. The animal studies involving the physiology over the recovery time were similarly interesting. Maybe your koshiki no kata partner can scrounge us a copy?

Unless it was in the Japanese I could not read, involvement of veins and vagus nerves was beyond the scope of the work, especially as the latter is implicated in some unfortunate deaths among people in police custody. And though "the funky chicken" was mentioned as an effect of recovery, I wonder if the direct nerve compression is implicated in that and the occasional loss of bowel control after a sudden, strong choke.

Missing entirely was the correct kappo for "death by Powerpoint."

_________________
Oh, East is East and West is West, and never the twain shall meet,
Till Earth and Sky stand presently at God's great Judgment Seat;
But there is neither East nor West, Border, nor Breed, nor Birth,
When two strong men stand face to face, though they come from the ends of the earth!

Yes, kappo are still taught, although not very frequently, and it is not necessary to go to Japan for instruction in kappo. Here are some pictures from a 2013 CK-clinic on kappo. The clinic involved both kappo from Kodokan judo and non-Kodokan kappo.

Page 45 in book, there is start of Katsu (japanese system of resuscitation) explanation