A blind Paralympian athlete who has
won three gold medals issued a tearful apology today after he was caught
fraudulently claiming £10,000 for taxi rides he didn't make.

Simon Jackson, 40, an MBE and Britain's most decorated judo star, took the
money claiming he needed it to pay for cab fares to work.

But inspectors from the Department of Work and Pensions exposed Jackson
after they saw his wife Sarah, 29, driving him to a school where he is
employed as a student learning mentor for Rochdale Council, in Greater
Manchester. 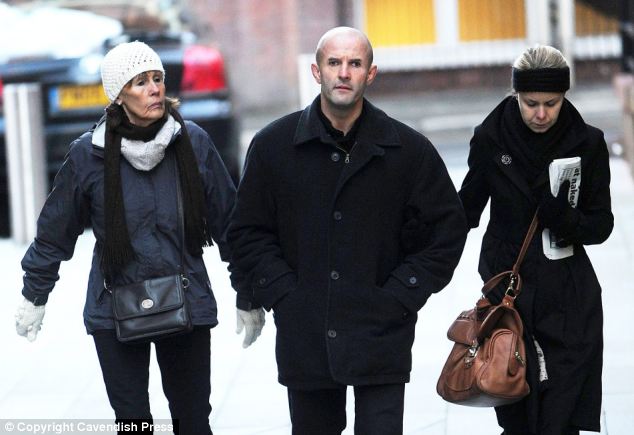 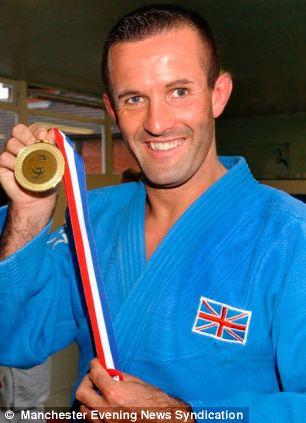 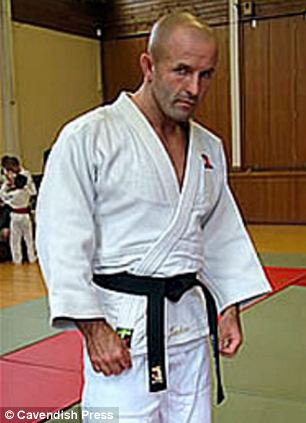 Jackson, who won gold at three Paralympics
between 1988 and 1996, admitted benefit fraud after DWP inspectors
spotted his wife driving him to the school where he worked


Inquiries revealed there was no
record of the visually impaired athlete - who won Paralympic gold at
Seoul '88, Barcelona '92 and Atlanta '96 - using taxis under the
Government's Access to Work payment during a ten month period.

Jackson, from Littleborough, near Oldham, who admitted benefit fraud, escaped
jail after insisting he was 'ashamed' of his conduct and had been
subjected to abuse following his exposure.

Representing himself, he told Manchester magistrates he is now fighting to keep his
job at the school, in Rochdale, and still wants to teach judo to
children.

His wife Sarah and mother Sandra, both judo coaches, watched from the public gallery as Jackson
said: 'Throughout my life I have tried to do everything by the book and I
shouldn't have done what I did.

'I get up each morning and enjoy my job and try to make a difference with
children that I work with. I have had abuse and my mums house has been
vandalised - even though I don't even live with her.

'I have not been out that much and feel ashamed of what I have done. I
don't want one mistake I have made affect the rest of my life. 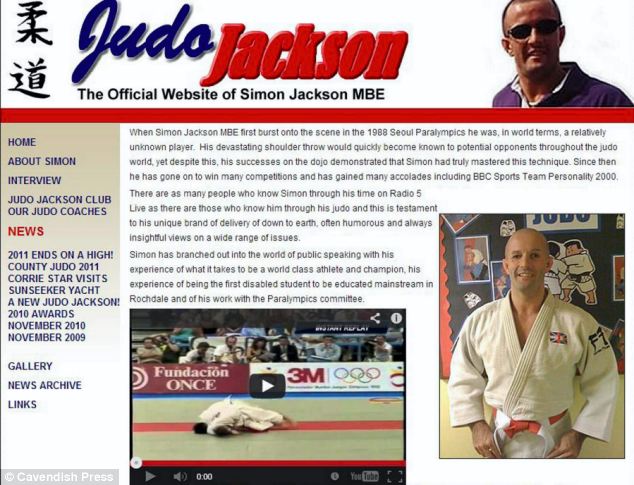 Jackson received an MBE for his services to judo
in 2007 but, following an injury, retired from the sport in 2008 and
took up indoor tandem cycling

'I love to have something to
get up to in the morning. Before this I was a valued member of society.
After this has finished I want to start to rebuild my life again.'

Jackson took up judo at the age of seven and, despite his visual impairment,
soon began to compete on an equal level with sighted children.

At the age of 15 he competed in his first European Championship in Paris where he won the first of 16 European gold medals.

His paralympic medal was won at just 16 - and three world championship gold
medals made him Great Britain's most successful judo player of all
time. 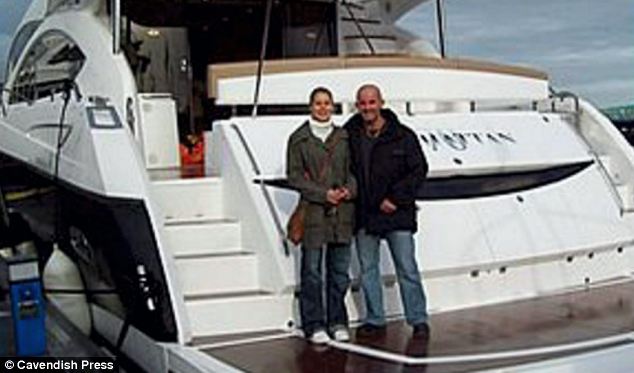 He received the MBE for his
services to the sport in 2007 but following an injury, he retired from
judo in 2008 only to take up indoor tandem cycling and in the 2008
Paralympic World Cup he won two silver medals.

'He is registered blind and he is unable to travel to work,' said Mr
Darnborough. 'He got this benefit, the access to work payment, which was
put directly into his building society. 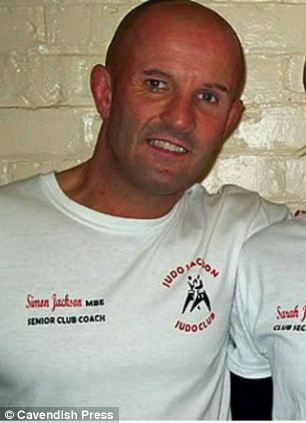 'A taxi took him to his place of work and from work and he had to supply these receipts to them.

'A review took place in February 2011 that suggests that the information
was not commensurate to that of the claim form and the department
started an investigation.

'He was surveyed in July 2011 for a couple of weeks and during that short time Jackson seemed to be driven to work by his wife.

'Between July 7 and 15 he was seen to be driven on seven occasions. He was
driven to work by his wife and rendering false receipts from the taxi
company.'

Jackson claimed between £15 and £27 for each journey. He initially insisted he
had been collected every day by the same taxi driver but later confessed
after he was confronted with the fact there was no record of his
bookings at the cab firm.

Jackson was ordered to complete a four month community order and abide by a 7pm to 6am curfew.

The curfew will be relaxed every Tuesday to start at 10pm so he can carry
on teaching judo to youngsters. He must pay court costs of £250.

Passing sentence JP Stephen Ingram told Jackson: 'You should be an example to
your pupils and to all those around you. You are a role model to young
people.

'You have let yourself down and you will have this stigma around you for long after what happens in this court room.'

The government grant is to help disabled people buy specialist equipment,
travel to work or pay for a communicator at a job interview.

Find this story at
www.dailymail.co.uk/news/article-2266497/Blind-Paralympic-judo-star-Simon-Jackson-stole-10-000-disability-benefits-claiming-taxi-rides-took.html

We all make mistakes. I hope this bloke can get past this lapse in behaviour. Like all things, there is probably a much bigger story to be told

Dew wrote:
We could have a poll - but if the majority vote for "Judo roly poly" its going to ignite fascist dictatorlike tendencies lurking within me.