You are not connected. Please login or register
Go to page :

I think it's Sarah Mayer in action together with Hatta Ichiro (one of the leading exponents of the Japanese combination of Jūdō/freestyle-wrestling I wrote about in my last post), that we can see here (starting at 4:53) in an Austrian newsreel from 1935 (from "Oesterreichisches Filmmuseum"):

Here is something about Hatta Ichiro from Joseph Svinth's "Journal of Combative Sports":

And something about the acquaintanceship between Mayer and Hatta from a letter Sarah Mayer wrote to Gunji Koizumi in 1934, published at the same site:

Dobó on air in Czechoslovakian Radio

On Saturday, February 17th, 1935 Dobó, together with a certain Stein, had a discussion about Jiu-Jitsu at 14:50 on Radio Prague II.

Then there was a radio broadcast on Sunday February 21st, 1936, at 18:40, were Dobó talked about "Something from 'Jiu-Jitsu' " on Radio Bratislava.

Thank you a lot Robert.

They are from archive of Mr. Frantisek Illek. Date of photos 2.11.1934. They are from Jiujitsu lessons in Straka academy lead by Mr. F.S. Dobó. 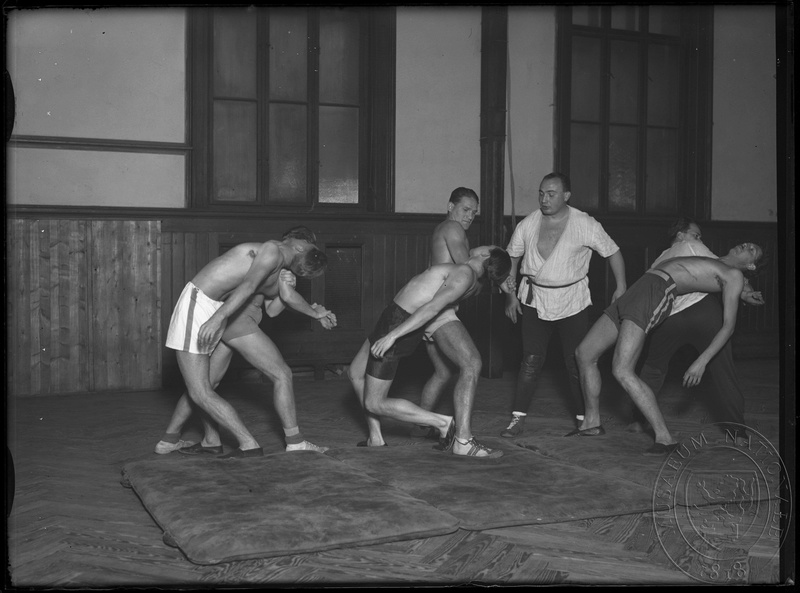 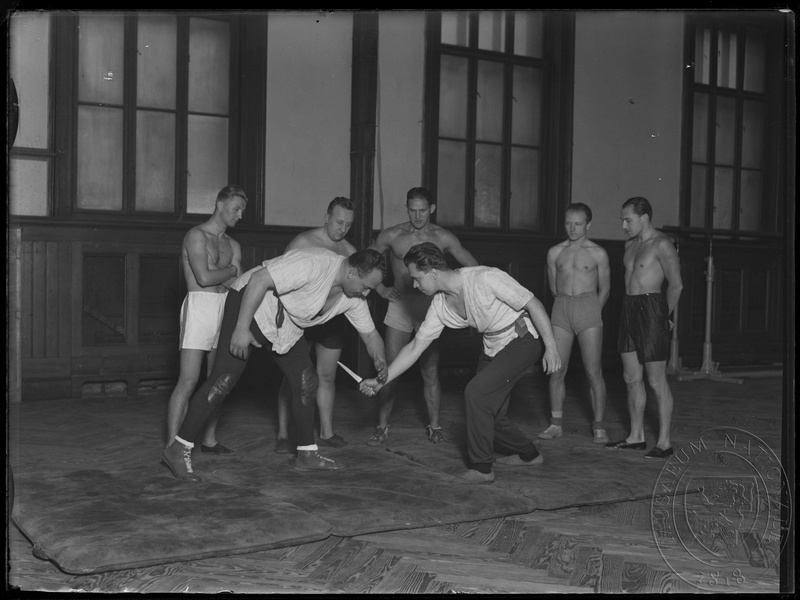 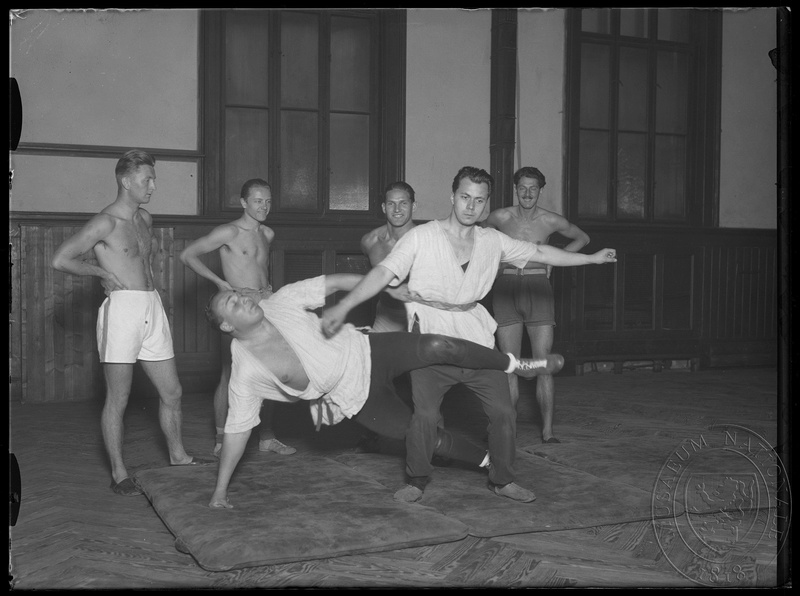 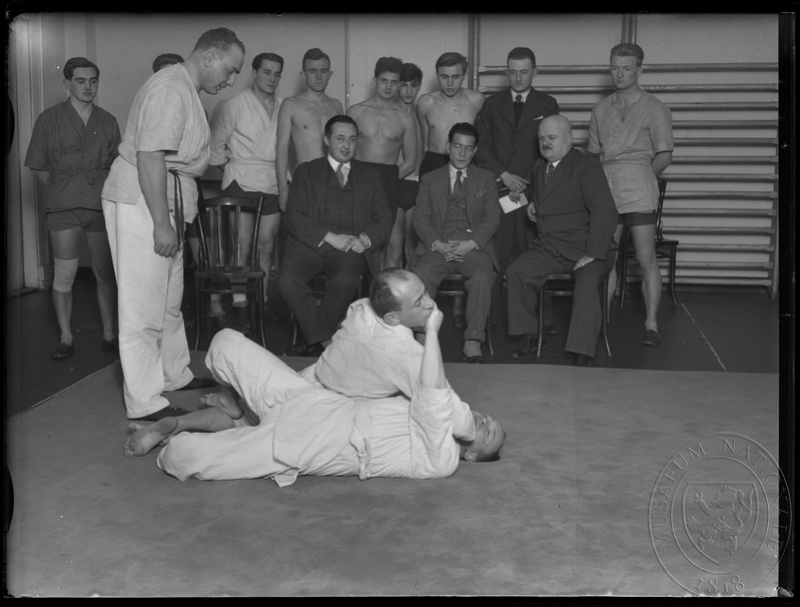 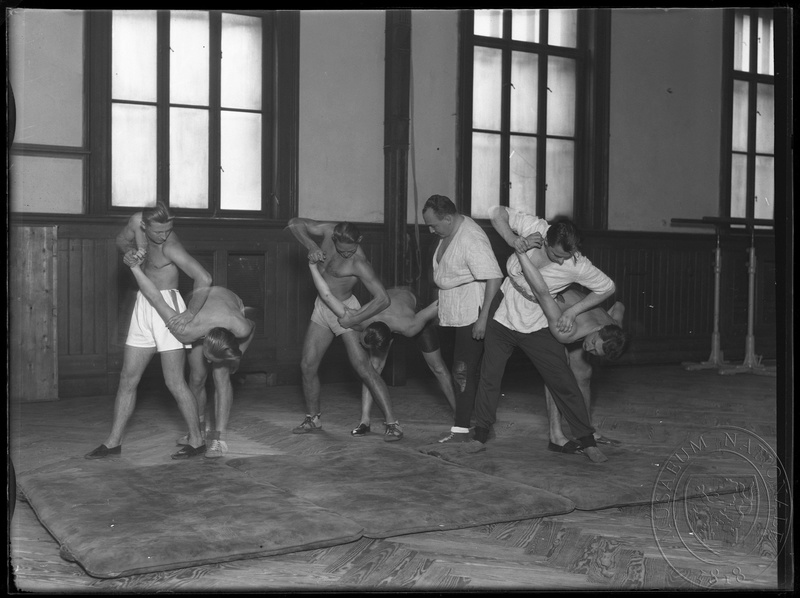 Did you notice, that on those pictures Dobo wears similar wrestling trousers - reinforced with leather at the knees - Higashi Katsukuma and others wore very often, 30 years earlier?

Another thing, that did catch my eye, was the "snappish" way, Dobo wore his obi-knot. Josef Ebetshuber, a prominent Austrian JJ-teacher, who has started training in 1925, always wore his knot in a similar fashion (more to one side than in the center) the whole life, until his death in 1988. I think that is something, that was in vogue in Europe since the interwar period. 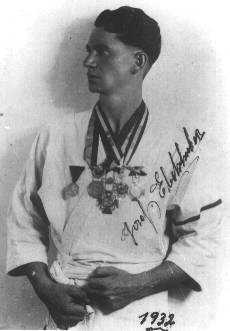 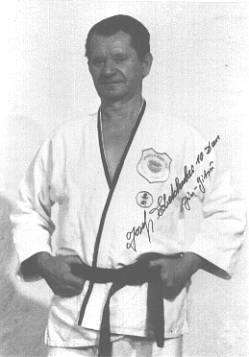 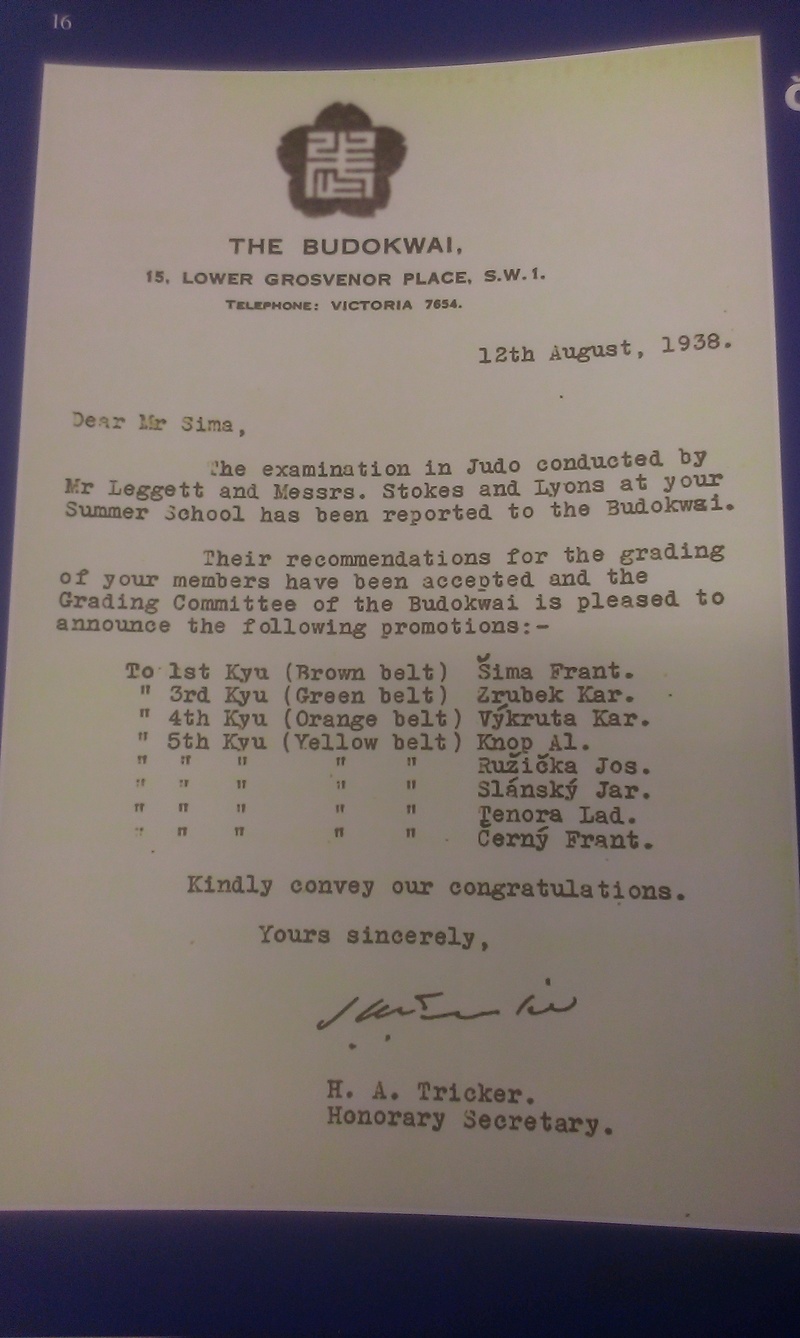 A notice about Dobó teaching Jiu-Jitsu to employees of a security company in Brno, that appeared at page 4 of "Tagesbote" from 9. Oct. 1934.

The tatami in the photos made me wince.
noboru

Reinberger wrote:A notice about Dobó teaching Jiu-Jitsu to employees of a security company in Brno, that appeared at page 4 of "Tagesbote" from 9. Oct. 1934.

Thank you a lot, I'm sharing it in czech judo people. You did a lot for understanding czechoslovak judo / jiujitsu roots. Thank you a lot.

Udon wrote:The tatami in the photos made me wince.


I think there are old gymnastics mats from leather and filled up cow and horse hair.
noboru

Some photos with T.P.Leggett. He taugh judo and lead judo camp in July 1937 in Czechoslovakia ( Kačák valley near village Unhošt near city Kladno). Source: Bauer Václav 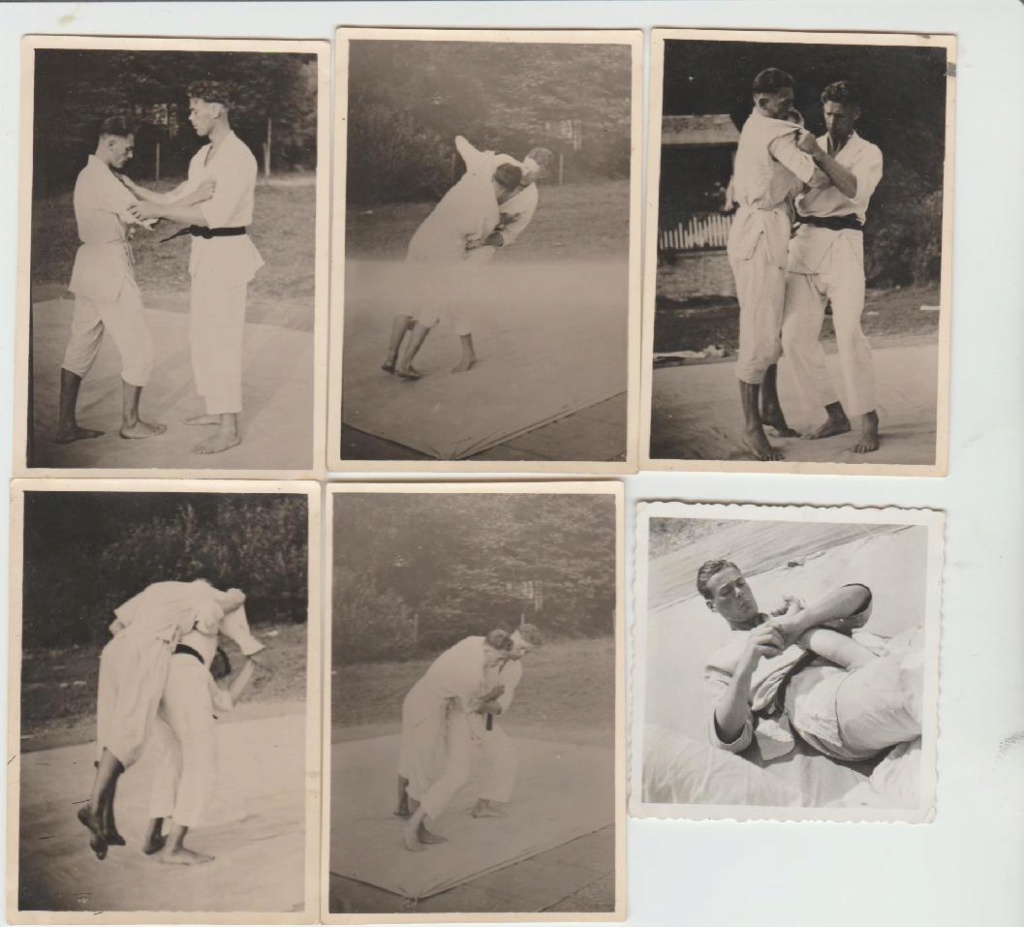 some photos from czech judokas and Kitayama Junyu 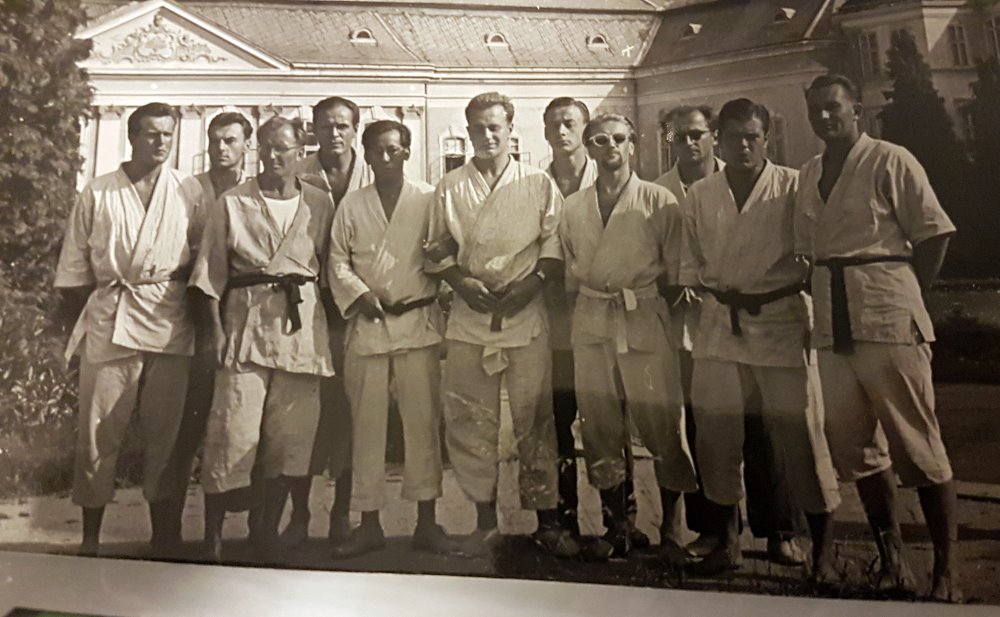 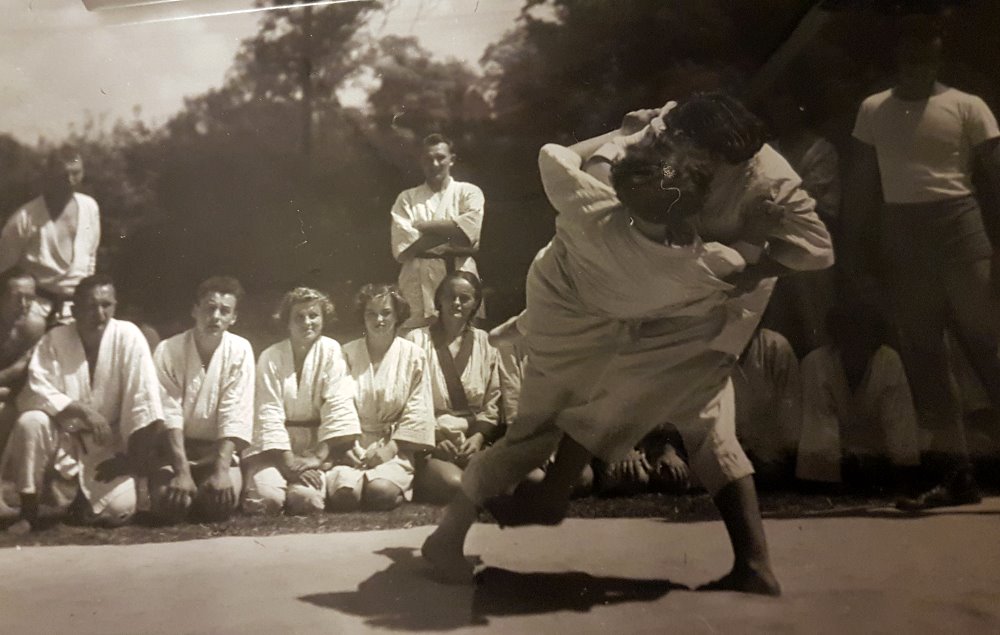 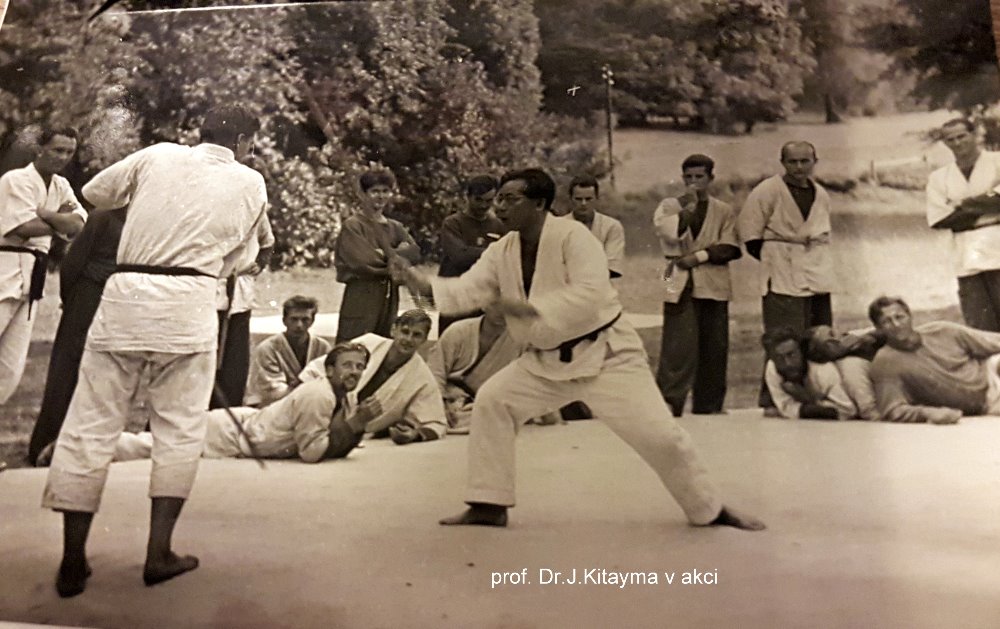 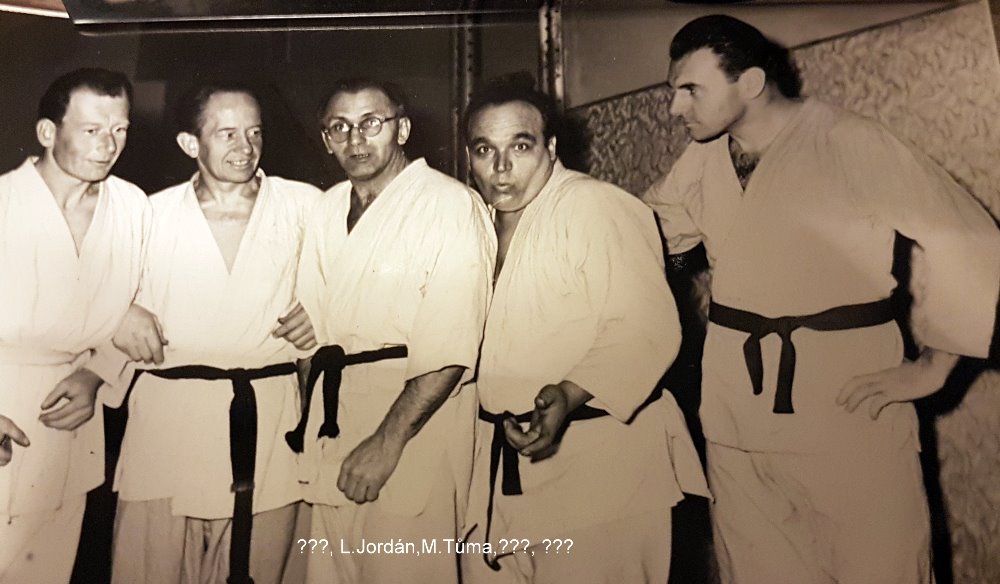 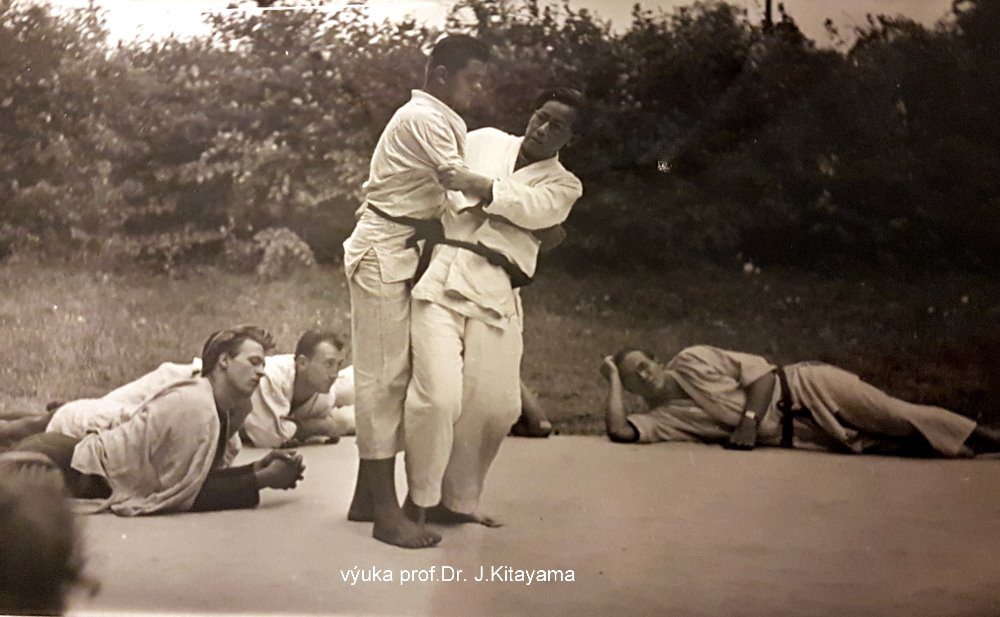 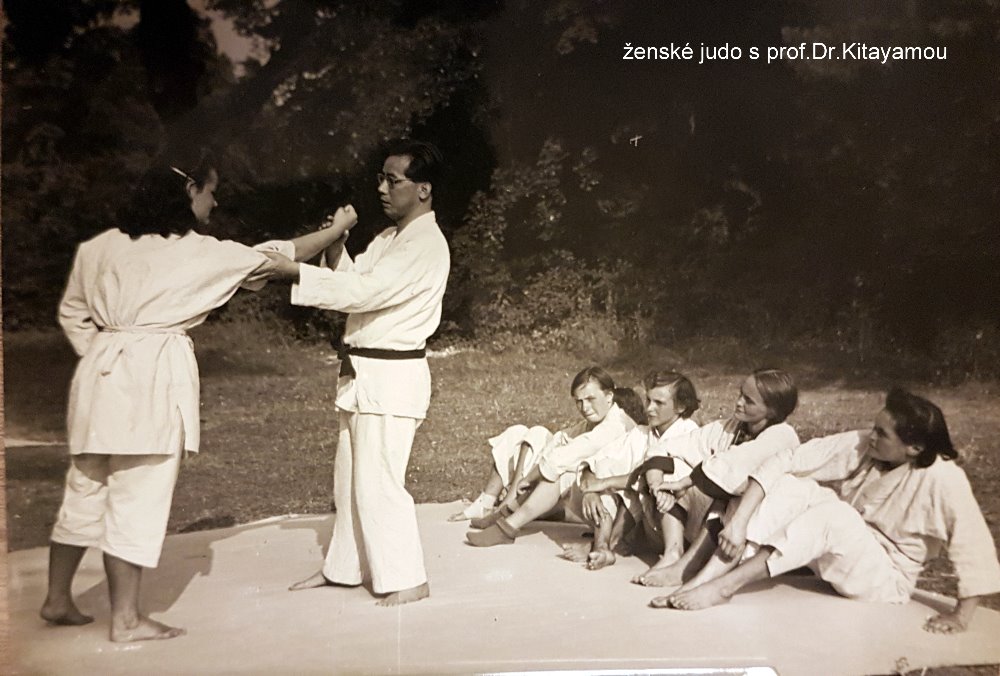 Building space for training (wood sawdust under the mats) 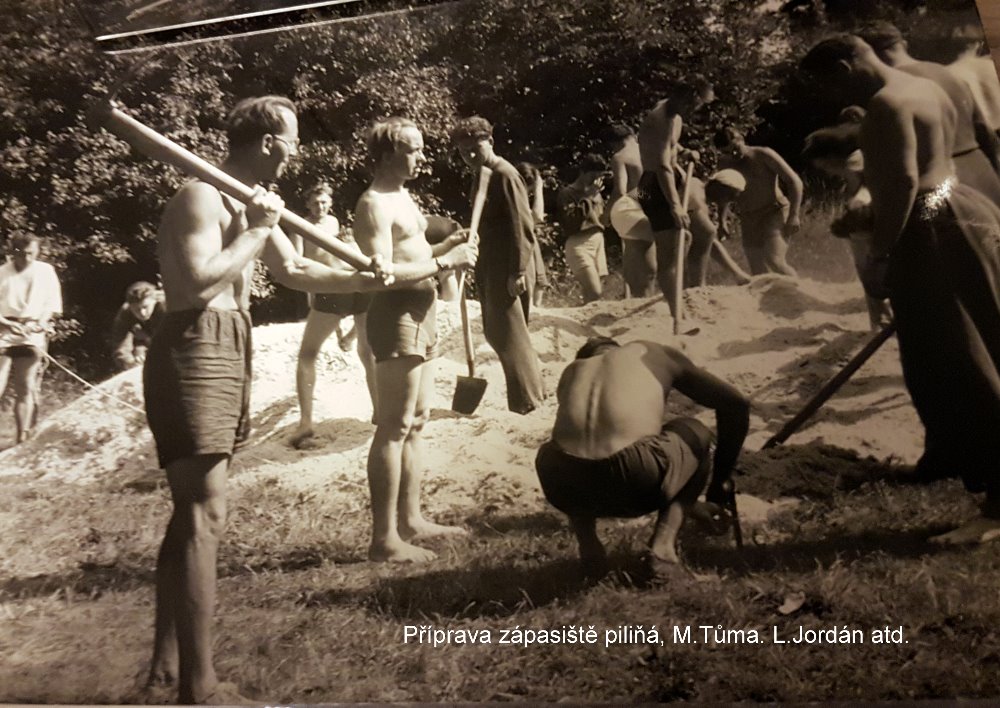